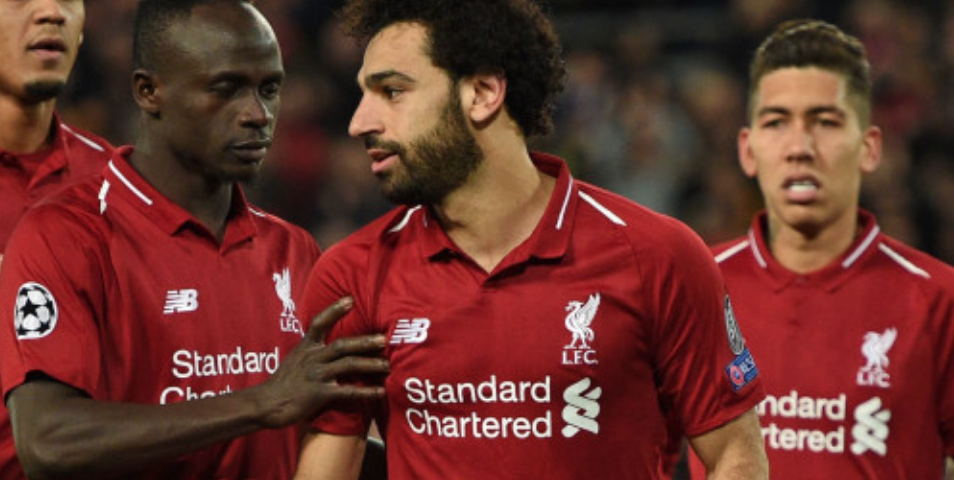 Soccer is always at The Hive, but now English Premier League is back in season and we are back for another game week!

Let’s make it really easy here…Liverpool is the team you want and the team you need on this main slate. They play at Anfield against Cardiff City, this could be as bad as a 5-0+ type of score for Liverpool. Yes, it could be that ugly and I would have no doubt if that is the case. To fade Liverpool in DFS could either make you some massive money or not even give you a chance.

I think the most interesting piece is who Liverpool is going to start. Safe to assume, every lineup should have Salah. Both tournaments and cash. A tournament play is to fade Salah, but note to self, it may come with a very hefty loss too. Mane is Salah’s partner in crime this season, and the ultimate tournament play is to fade Salah while stacking Mane and Firminho as they do provide much better salary relief. With that said, if you can fit Salah plus any other attacker, it may prove to be the best play. Shaqiri played a nice game last time out, it will be interesting to see if Liverpool tries to fit him in again.

I do want to make a mention on Fabinho. He played a decent game last time out from a soccer point of view, and I think he can warrant a cheaper option on FanDuel. However, do note that the upside is not very high. Alexander-Arnold continues to attack heavily, and speaking of Liverpool defense it has been fantastic so far this season. Alisson should be pretty locked and loaded for a win and clean sheet if you are willing to pay up.

If you don’t then you also aren’t very successful at soccer DFS. The Fulham and Bournemouth match is looking like it should have a solid amount of goals at that.

Starting with the home team, Fulham is known for scoring against just about anyone and it starts with the man up front, Mitrovic. He will land anywhere from 2-10 shot attempts. His shot attempts alone cause for cash game considertation. Because Fulham is generally a poor team he automatically gets the “the team sucks” discount. I also don’t think Schurrle or Vietto should be slept on, they also produce some decent offense, including added crosses in the attack. If you are looking for a solid floor player, look now farther than Seri who has almost been double digit consistent this season due to some shots, but mainly because of his set pieces.

Bournemouth has been killing it all season long, and the aggressiveness on offense has translated well for them, sitting 6th in the league. No abnormal changes from Bournemouth are expected. The man we should need and want in cash games is Fraser. He has proven to be an extremely important part of the offense and just about everything runs through him. Wilson and King haven;t been the greatest pair together, as they have been separating performances. It seems like it would be a King week due to the last week not being, but it’s really a toss up, but definitely make sure to grab one of them especially in tournaments. I still don’t hate pairing them together, even though this season it has not been an effective strategy.

Injuries Won’t Hold Them Back

Watford has seen some injuries lately, so there are going to be some question marks for the starting lineup for Watford. Their 4-2-2-2 formation is incredibly unique in the EPL season this year, but has been proving to be working for Watford at times. At least making every match competitive for the most part.

There are some major question marks on the forwards. Success is looking to start at forward, and the biggest question mark will be on Deeney. His hamstring should be fine, but sometimes they are easily re-aggravated. If Deeney sits expect Deulofeu to join Success up front. Both would provide some nice value to lineups. Hughes is still a very attractive price and remains as a solid part of the Watford offense. He has similar productivity to Pererya for cheaper. Holebas is also back from suspension, another player that you will want to fit into your line if you strategize well enough to do so. Femenia should be starting on the other center back spot.

On top of really liking the Watford defense, how could you not like Ben Foster between the pipes of what Huddersfield Town is, one of the worst scoring EPL teams. Watford at home as well only adds more rhyme to the reason.

Maddison – What is a main EPL slate without mentioning Maddison. He is one of the most consistent EPL DFS performers this season and should never be overlooked. He will be tough to fit into lineups this week, but warrants tournament possibilities. Also note, Vardy has not trained all week, Gray may step into the forward role allowing some value in Leicester City lineup.

Diangana – WHAT A VALUE OPTION! Don’t miss out on Diangana, after impressing off the bench last week, and West Ham with a lot of injuries, Diangana could be in line for a nice start. It will be interesting to see where they start Snodgrass in comparison if WHU starts Diangana. Arnautovic is a high price, but jeez it is like he always is in solid scoring positions every game.

Bright Hove & Albion – There is a big question mark on what the BHA starting lineup will look like come game day. Keep an eye on it as just about the whole midfield line along with a forward is up for question whether guys will pass a late fitness test before the game.

Moutinho – I am pretty sure I recommend Moutinho just about every week. And here I am again.. You just can’t ignore this guy now that he has taken on all set pieces for the Wolves. He is going to be part of a low scoring game, but his set pieces and consistent play goes a long way.