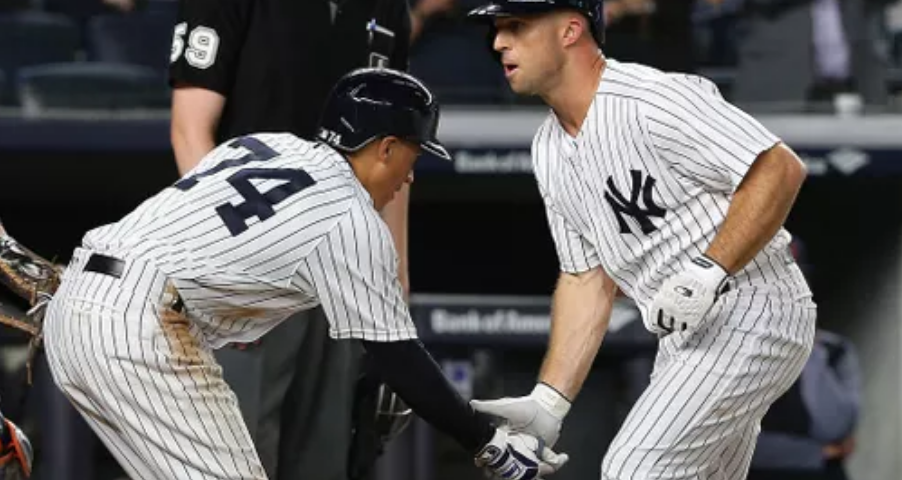 On the big MLB slates, coming to you live through the DFS thought process, I will provide an insight at the first glance in my research and where I am looking to target as I do an initial run down of my notes. In conjunction with Beeline Sports, we are hoping to provide you a starting block on today’s slate.

It looks like this might be the slate to fade Justin Verlander? Compared to other pitchers, Verlander might just be too expensive to take the chance on, and I am perfectly OK with this.

Robby Ray has not been the hottest of pitchers, and the Padres ripped on Godley yesterday so they aren’t short of confidence, but something tells me Robby Ray is going to have a nice performance tonight. Besides Verlander and May, Ray is the only pitcher with a strikeout rate above 30%. The Padres are worth the risk to take a chance on going against. I think Ray could kick up a lot of strikeouts tonight and make him one of the best pitchers on the slate. Plus how could you not love his price?

After Ray how could you not love the likes of German Marquez who has been absolutely tearing it up lately. The Giants have seen a few runs come across them lately, but don’t let that scare you off. Rich Hill is making waves tonight as well, his matchup against the Mets is intriguing, especially with the rate the Mets are striking out at. Rich Hill is among the top pitchers of choice tonight, the biggest question is whether he can last out there longer than other pitchers. Right now he is projected out at about maybe 5 innings. Whereas counterpart Mike Clevinger, should see 6+ innings against the Royals, and expecting a similar performance as Hill. But Clevinger also comes with more money.

Don’t overthink pitching tonight, there is really no need to stretch the means outside of the above mentioned pitchers.

New York Yankees – Liam Hendriks is no pitcher to be scared of, not only does he have the worst ERA on the entire slate, but the Yankees are one of the top offensive teams in the MLB. Hendriks really struggles to lefty hitters. Gardner and Hicks should be among the first Yankees in lineups.

Cleveland Indians – Not only will the pitching be there for the Indians but they have the bats to back it up as well. Duffy struggles all over the place, batters 1-4 are normally very expensive for the Indians so grab them if you have the salary, otherwise, batters 5-9 are all very cheap and you should be able to get exposure to the Indians no problem.

Texas Rangers – The Rangers were not too hot yesterday, but Andrew Heaney gives a boost to right-handed hitters, pitching .355 to them. I wouldn’t count out the lefties either in this one, this will be a joint effort between Choo, Odor, Andrus, and Mazara. I think you can go anywhere in the lineup with the Rangers.

Colorado Rockies – Derek Rodriguez doesn’t give up a whole ton, when he does it is normally to the lefties, but don’t be too fooled and don’t think this line is inflated due to it being at Coors. The Rockies bats are really going right now as we saw yesterday. It is going to be tough to pay for any of the bats, but don’t shy away from them if you can fit them.

Los Angeles Dodgers – We all know Jason Vargas is in a major funk and I don’t think this is going away any time soon. Vargas is majorly struggling to left-handed batters, but really you can’t be bias to righties. The Dodgers are tough to fit with their high prices, but fit where you can, and don’t be afraid to give them their own tournament stack.

St. Louis Cardinals – With Erick Fredde taking the mound for the Nationals, the Cardinals should be expecting to continue their hot month of August into September. They even looked decent against Scherzer yesterday if it wasn’t for the abundance of strikeouts. There should be some value in the bottom half of the lineup, so fit them where you can.

Tampa Bay Rays – We don’t have a confirmed pitcher yet for the Blue Jays but it is right now projected to be Thomas Pannone. We don’t know much, but expect the Rays to be able to take advantage of him by the 3rd inning once they get a feel. We saw what they did to Stroman yesterday, and this might not be too much better.