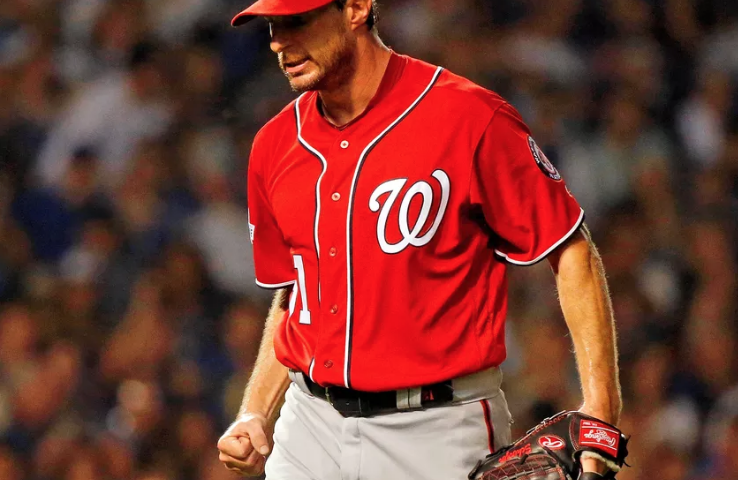 On the big MLB slates, coming to you live through the DFS thought process, I will provide an insight at the first glance in my research and where I am looking to target as I do an initial run down of my notes. In conjunction with Beeline Sports, we are hoping to provide you a starting block on today’s slate.

Pitchers are not going to be easy tonight. There are a lot of high priced pitchers, 7 above $10k on DraftKings, 10 above $9k. The name of the game is pay up for pitcher tonight and find the value batters wherever possible.

Cash Games – I’m looking at Max Scherzer here for cash games. his 2.13 ERA on the season is incredibly impressive, and he also holds the highest strikeout rate on the slate at 34.6%. Not only are those numbers impressive, but the matchup against the Phillies is more intriguing than that of the other pitchers on the slate, mainly because of their team strikeout rate being above 25%. The sky is the limit for Scherzer tonight.

Tournaments – deGrom is having a heck of a season, and as much as I absolutely want to tag onto his play, I am keeping it to tournaments due to the matchup against the Cubs. The Cubs bats have been hot lately, so this will be a battle of who is hotter. Walker Buehler is also coming up for me, and although I don’t like the matchup, expect Buehler to be off of everyone’s radar. He should also be getting the easy win which will warrant some easy points there.

Value – The first value pitcher that gets pointed out is Ryne Stanek. I don’t know how inclined I would be on FanDuel where you get to choose one pitcher, but DraftKings might garner a strategy of paying super low. Stanek has an ERA just over 2.50, the only thing concerning with Stanek is the matchup against the Braves. Stanek $4.3k on DraftKings, less than a lot of the batters, so he warrants taking some risk. I am oddly expecting Charlie Morton to be decently owned due to his acceptable price. The matchup against the A’s, is somewhat concerning as they have been hitting the ball well, but I am OK taking a chance with Morton tonight even possibly as an SP2 in cash. Last pitcher I want to talk about before moving on is Lance Lynn. I am not overly impressed with his performances this season, and it might be bad timing to play him since the White Sox just scored 7 runs last night against Tanaka. The White Sox strikeout over 25% of the time, and if Lynn can keep them at bay I think he would be great as a tournament value pitcher. There is potential here.

Los Angeles Dodgers – The Dodgers big time offense gets to go against arguably the worst pitcher on the slate. Jurado is an absolute mess, and going against high-powered bats of the Dodgers will be a struggle all game long. The lefties are favored for the Dodgers, but really you can stack anywhere in this lineup.

New York Yankees – The Yankees against James Shields…seems like a recipe of distaster for the White Sox tonight. Expect the Yankees to put a hurt on all sides of Shields tonight. Both lefty and right-handed batters are viable here. In the past Yankees lineups there has been some extra value in spots 4-7.

Boston Red Sox – The Red Sox are super expensive, and it will be difficult to fit any of them on the slate here especially if you have players ranging from the Dodgers and Yankees in your lineup already. With Urena taking the mound it puts an extra emphasis on the left-handed batters.

Cleveland Indians – The only reason there is interest in the Indians tonight is the hard contact that Gibson gives up, especially to left-handed hitters. I am not so sure if the Indians will have a slug fest against Gibson, but I think an Indians stack will be under-owned, especially because of the price of batters. Feels like a perfect tournament play.

Seattle Mariners/San Diego Padres – This game is poor offenses against poor pitchers. Usually when games like this come up, I’ll always take a chance on the offenses. The batters come in at great prices, especially those Padres bats. If anything an argument can be made for Hernandez, but it just doesn’t seem like he has the stuff anymore. There is run potential here and nice value on hitters.

Detroit Tigers – I constantly contemplate going against Junis when he takes the mound. He gives up a ton of hits to both sides of the plate, but then he has some weird game where he is near shutting out the opposing team. Take the chance on the Tigers tonight. They have one of their better pitchers behind them, and know if they can win this is one of those nights. Keep tabs on the weather in this game.