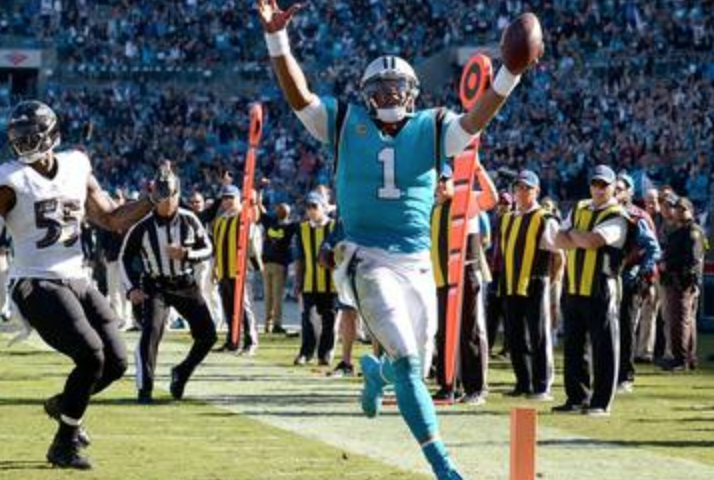 Welcome to the Beeline Hive Five for NFL DFS! We run down either the top or most notable play at each of the DFS positions, making it easier for you to know who to target as you set your DFS lineups for the week.

Cam Newton – I am all for going the QB’s playing either New Orleans or Tampa Bay. Sure enough, Cam gets to go against the Bucs this week. The only risk with Cam is whether this game can stay close or not, and that will largely remain on whether we get the Fitzpatrick we saw from earlier in the season. The Panthers defense is strong and if the Bucs can keep this within a TD, it is going to force the Panthers play-call to continue putting out passing plays or drawing up running plays specifically for Cam to move the football.

If you want to pay up at QB, Patrick Mahomes should always be an option in your DFS playbook.

Kareem Hunt & Todd Gurley – I am once again willing to pay up at RB specifically for these two studs. Hunt should be able to have a field day against the Browns, especially with Mahomes really liking the dump off passes to him. Gurley of course is a constant threat no matter who the opponent is. The Rams are going up against the Saints which means points will indeed be scored and who better to score them than Gurley.

There has to be some value somewhere and the Chiefs are just as good at giving up points as they are at scoring them. Nick Chubb should be getting lead back responsibilities for the Browns and at massive value. I am also liking the idea of pairing McCaffrey with Newton this week.

Adam Thielen – If you pay up at RB, it will be extremely difficult to pay up at WR, but I am still going to throw the recommendation out there. I would even go as far to throw Diggs out there. He saw double digit targets last week, and is a cheaper pivot off of Thielen, where Thielen will definitely be higher owned.

With Thomas being traded that should open up the doors for Courtland Sutton to start getting some targets as an incredible value. DJ Moore keeps popping up on my radar and another good person of value to pair with Newton.

OJ Howard – TE is a favorite target for Fitzpatrick, and what I really like is how poor the Panthers have been at defending the pass to the TE as they have been much more concentrated on coverage down field as well as stopping the run. This pass should be open all day long for Fitzpatrick if he chooses to exploit it.

Chicago Bears – What an expensive defense to pay up for, but jeez, the Bills are absolutely brutal and made the Patriots defense look like a top5 in the league. This should be a no brainer if you can afford it with your lineup construction

Need some value on defense? Look no further than the Denver Broncos. This should be a close game between them and the Texans, with defense to win the game for either team.